In The Big Jump a performer is dealing with a set of instructions, coming from a disembodied amplified voice, the director‘s voice. When the voice finally embeds itself it becomes another fragile element on stage, which is forced to maintain under the strict rules of the theatre machinery.
The big jump is a „live“ collaboration on stage of a director and a performer creating solo work, looking into the idea that solo can consist of more than one performer on stage. 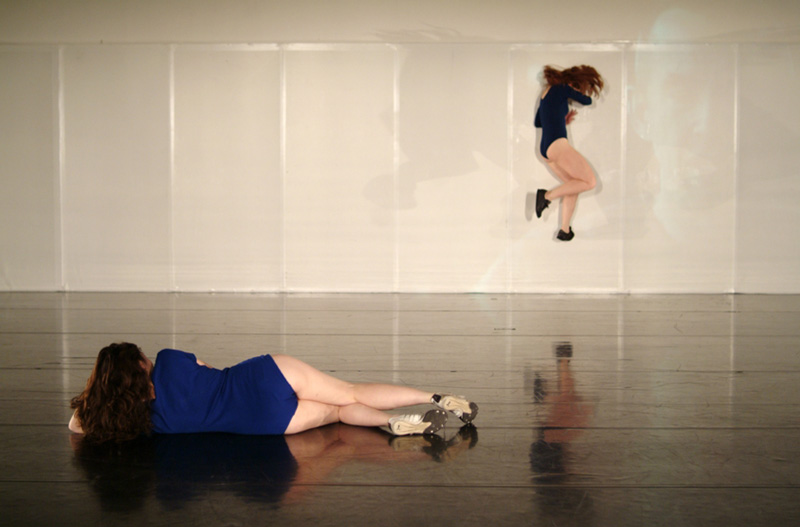